This came up in the factorials post I did recently, and it was a bit maddening, so here’s a quick reference, so I remember it two years from now when it comes up again.

Typical fenced code blocks in Jekyll (and any other Markdown situation) are surrounded with lines that are nothing but a triple backslash. (Your Markdown processor might also define a code language on the first line, so throwing a json on there might give you pretty formatting or color-coding, depending on your tools.) Example: 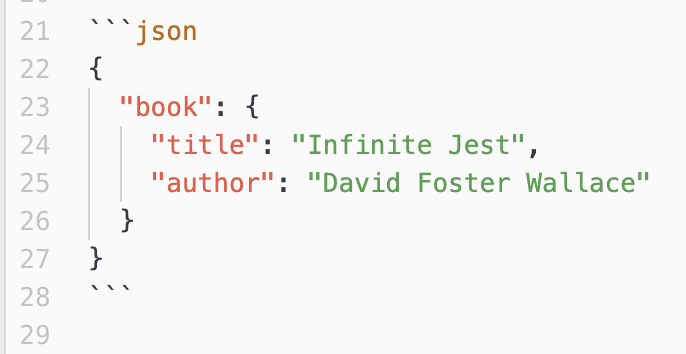 Liquid has a set of tags named raw and endraw to solve this. You can use these to surround a code block containing Liquid. The nesting is really touchy though, and there’s a good chance your editor’s preview won’t show it right.

Output of a fenced code block looks like this: 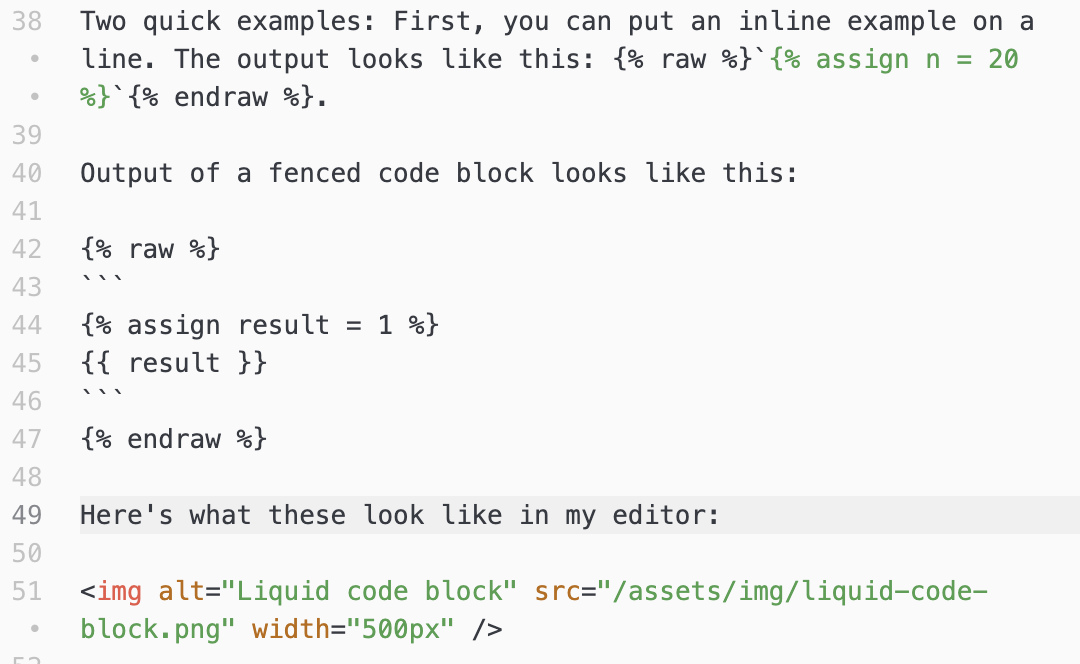 Your mileage may vary; like I said, this is touchy. Make sure to fire up Jekyll locally and test it. Bad combinations will show up as errors in your server output.